In 2004, a freshly graduated film student packed up everything he owned into a battered, green Civic and drove across the country to seek a career in the film industry.

But film internships don’t pay, so he needed money. That meant that he found himself in a loop of temp jobs. Week after week, he explored one new office space after another: from working at Red Bull’s headquarters to serving as a receptionist at a dentist’s office. One day after work, he borrowed a friend’s free pass to wander into the Long Beach Aquarium and discovered a very strange fish named the Sarcastic Fringehead (a bizarre eel-like thing that when threatened it can explode out its mouth like a parachute with fangs. (Yes, it’s a real thing)). It heartened Sam somehow to learn that so odd a creature actually existed. Earlier that day, he had learned that an asteroid, 99942 Apophis, had nearly missed Earth. Don’t ask why, but those two random events somehow suggested a story to him. So he scribbled down some notes for later. 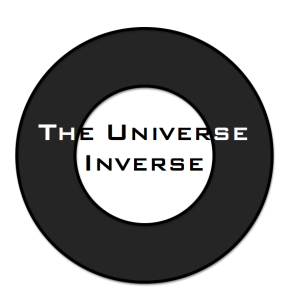 When Sam eventually realized that film companies have a bad habit of expecting their employees to keep working for free indefinitely, he knew that his savings couldn’t last much longer. So, again, he packed up everything he owned for a return trip across the continent. As he drove vast, empty highways, his thoughts kept circling back to a story involving a grieving woman on a beach, a bizarre species of fish, an endless office environment, an asteroid and the ancient aboriginal conceptualization of “Dreamtime.”

In college, Sam had studied The Inferno and scenes from it were indelibly stuck in his brain. Dante had envisioned a very intricate and palpable universe right below his feet. His dark imaginations triggered Sam’s visions of an endless underground office run amok. By the time he had reached Washington D.C. what started as a short screenplay had now become much deeper and broader. It had grown into a novel with hundreds of landscapes knitted together into a hybridized universe.

As a military brat Sam was born collecting places and experiences. So it wasn’t out of the ordinary when he relocated to Boston, then back to Washington D.C., then on to Pittsburgh, and then inexplicably back to Boston just in time for record snowfalls. He’s since moved to Richmond, Virginia, but over those many moves, and in his studies at an MFA program, a novel slowly evolved. Characters and plot arcs grew like branches from an oak. Now, almost twelve years after one random encounter with one very bizarrely named fish, Sam has fully completed his novel, The Universe Inverse, and it is finally ready to be queried with literary agencies.